A big big city in South-East Asia, populated by more than 8.2 million people. The weather is hot and humid all year, maybe a bit colder during rain season though, but this means around 15°C. It is obviously very crowded and everywhere you enter a building, a mall or a restaurant, you stop the melting process and go back to human state again, thanks to air conditioned. There are endless traffic jams, with tons of cars and tuk-tuks. It is a very lively city, that never seems to sleep.

What to eat, where to eat

I am not a specialist in typical Bangkok specialties, but I will recommend you a few Thai specialties which I particularly like (Thai girl speaking!). So here they are:

Other specialties which are not typically Thai but that we enjoyed in Bangkok as well are:

Basically the royal residency for the Thai royal family, which is worth seeing for the typically Thai architecture.

It’s a very important temple for Buddhism in Thailand, and it hosts a famous emerald Buddha statue. We loved this place for the magnificent architecture.

A big museum, which presents various domains (history, art, etc.). I remember a room dedicated to royal funeral carriages in particular which was fascinating to discover.

Some parts of the museum were undergoing renovations at the time we were there, so check out first.

We really loved this park, which is a beautiful breath of fresh air (almost) in the middle of the city, with an artificial lake. Oh and don’t be surprised, you can encounter monitor lizards there.

We haven’t visited this temple, but it was recommended to us and it seemed somptuous indeed!

There are many floating markets about Bangkok, but it’s actually not an experience we would recommend. We thought it would be pertinent to mention it as it’s something Bangkok is famous for. Nonetheless, our own experience at a floating market a bit outside of Bangkok was disappointing, as we felt like it was not authentic at all and actually a “play” for tourists (for an expensive price). Moreover, the food that we could buy on the boat was pricey and not even tasty, so… And other than that, there were boring souvenirs that we were not interested in at all.

All in all, maybe there are other markets that do not feel like a scam and are actually pleasant to experience, but we will not recommend the one we went to.

As we mentionned in our Chiang Mai City Guide, Nicolas fell in love with the Thai massage culture and booked tons of treatments. On my side, I enjoyed lots of facials and there is a place we both loved in Bangkok, for the two forementionned treatments. Nicolas said he had the best-ever oil massage there and I literally fell asleep during my facial, which simply never happened to me.

Tip: if you are getting a massage and it hurts, stop the massage immediately. Don’t be afraid. We are very serious about that: both Nicolas and I have experienced bad massages in some Bangkok salons and it left us with a painful back for days. Massages can be harmful if done uncorrectly.

Just outside of Bangkok, there are many beaches. There is the famous seaside resort of Pattaya, just South-East of Bangkok, or on the other coast, there are less crowded and more intimate beaches, including one we went to with my Thai family. The setting is beautiful! But beware of jellyfishes. There were tons of them when we went there in September, and we could almost not bathe, so we went jet-skiing instead.

Situated 80 km North from Bangkok, this old city used to be Thailand’s capital city, until the 18th century. Therefore, it holds a lot of beautiful architecture, which holds an important historic heritage. My parents and brother went there, but we did not. We will visit it next time!

This is a beautiful “open” palace with a peculiar architecture, on stilts. It was built in the 1920s and is situated by the sea, South-West from Bangkok. There are parts that are used as a museum. And there is also a beautiful shop at the end of the visit, where you can shop for Thai sweets.

When in Thailand, I mostly shopped for cosmetics (skincare & makeup), simply because I cannot have such a wide range of Asian cosmetics at home in Switzerland. So here are my picks for shopping beauty-related stuff:

But there are also many other places to shop, for other things than beauty. I particularly liked the malls in Bangkok, because there are LOTS of choice and because they are all-in-one: there is something for everybody and even tons of restaurants and cafés, and sometimes cinemas and other kinds of entertainement. Here are the ones we visited:

You  can find more information and tips on Thailand in our Chiang Mai City Guide. 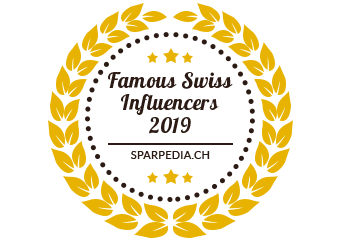 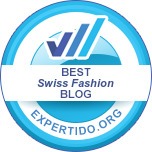 In full bloom— • This year I am realizing how

Fun fact: I used to be an art student, before I sw

That Paris smile 💘 After a successful shopping

Never not on a coffee date— • #coffeedate #cof

Back from Paris, but not really 💭 Finally got t

[ad] ADVENT GIVEAWAY— [FR BELOW] We are delighte